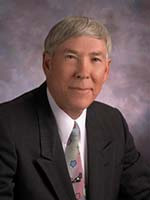 Steven Stern grew up on a farm in Southwestern Minnesota along with an older sister and a younger sister and brother.  Steve left this rural environment when he went away to school to become a Lutheran pastor.  He graduated from the Wisconsin Evangelical Lutheran Synod’s seminary in Mequon, Wisconsin in May of 1967.  He began his ministry in August of 1967 as pastor of Grace Lutheran Church in Le Sueur, Minnesota.  In the spring of 1971 he became pastor of St. John’s Lutheran Church in Markesan, Wisconsin.  In July of 1986 Steve and his family moved to Milwaukee, Wisconsin and he became a chaplain on the staff of Wisconsin Lutheran Institutional Ministries.  As a chaplain in Milwaukee Steve worked primarily at Milwaukee County Hospital and when that closed in 1995 he continued his ministry at Froedtert Hospital.  He retired from the staff of Wis. Luth. Institutional Ministries on December 31, 2006.  Since that time Steve has continued to work half time as a chaplain at Froedtert Hospital.

Steve has always felt a need to learn and grow and increase his skills for ministry.  This led him to take his first unit of Clinical Pastoral Education in the early 1980s at Winnebago Mental Health Institute near Oshkosh, Wisconsin.  In the mid eighties he took a second unit of CPE at Mendota Mental Health Institute in Madison, Wis.  After Steve became a chaplain he took a third unit of CPE at Children’s Hospital of Wisconsin in Milwaukee and in 2007 he finished his fourth unit of CPE at Alexian Village in Milwaukee, Wisconsin.  He is now a board certified Chaplain in the Association of Professional Chaplains.

What Steve discovered about himself as he got more involved in hospital chaplaincy and did more training is that he most enjoyed the kind of one on one ministry that allowed time to build relationships. He discovered it takes time to build rapport and trust so that the patient finally feels ready to speak about the matters of the heart.  Steve was especially able to do this kind of work in the medical field of oncology.  In his twenty years of chaplaincy he worked with patients hospitalized for cancer treatment or bone marrow transplants. Since his retirement Steve works with cancer patients in the out patient setting in the Clinical Cancer Center at Froedtert.  He continues to work with patients in the Bone Marrow Transplant Unit as well.

Steve was married to Jean Quast in June of 1967.  They are the parents of two daughters and two sons and have four grandchildren.  Jean has worked for the past twenty years for the Medical College of Wisconsin as an oncology research nurse.  Steve and Jean enjoy spending time with their family.  They love to travel and keep active with hiking and biking.